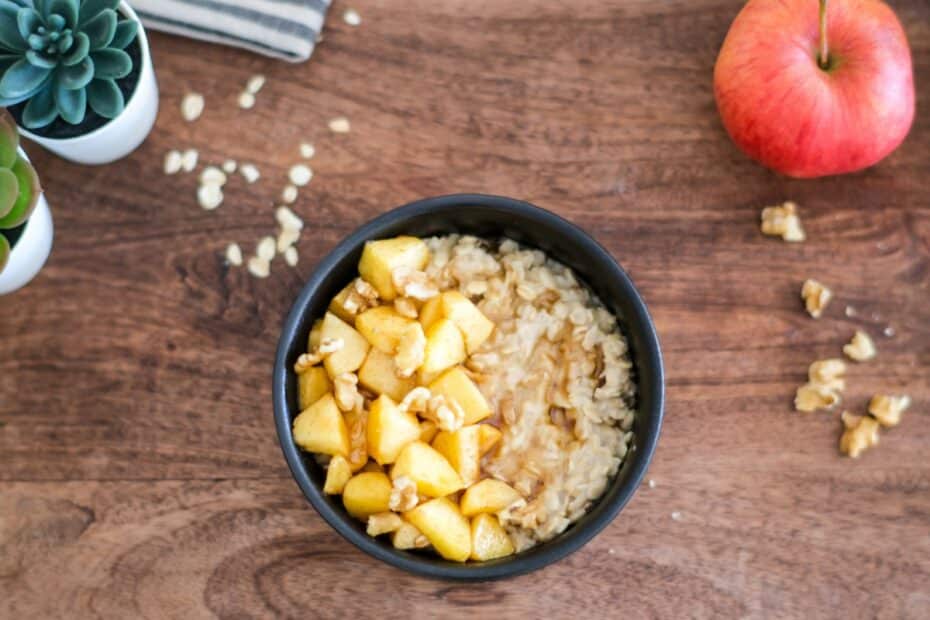 Do you see oatmeal as a plain and boring breakfast? You want to start your morning with something healthy, but believe that for that you need to sacrifice the flavor? Well, this brown sugar cinnamon oatmeal recipe will make you change your mind!

This cinnamon and brown sugar oatmeal will make you look forward to having your breakfast, every time. And the best part is that it’s super quick to make and you only need a few ingredients.

Perfect for those cold and rainy days, this recipe gives you a taste of a warm bowl of oatmeal and cinnamon, with some caramelized apple on top, which will remind you of your mom/grandma’s apple pie.

For hotter days, you should try the overnight oatmeal version (you can find the recipe below). Either version you choose, you will be getting a delicious breakfast full of nutrients, vitamins and antioxidants. You must try it! 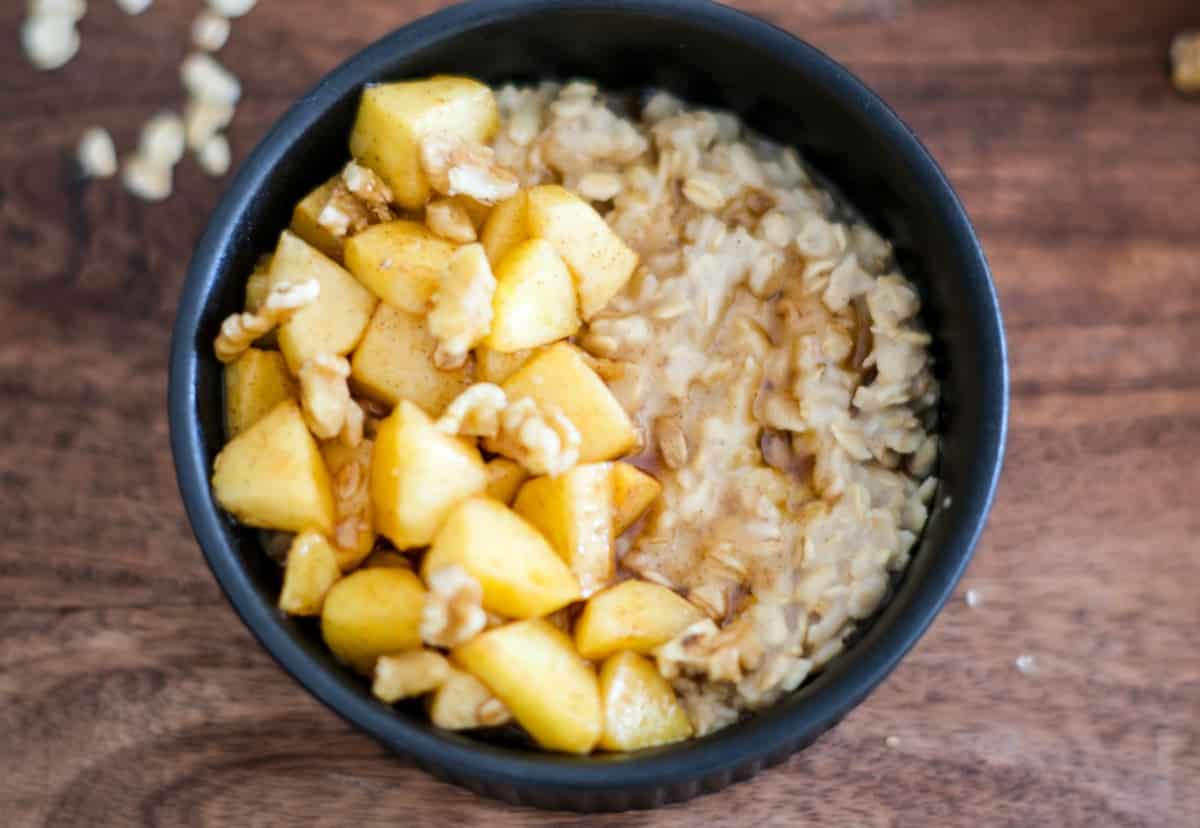 In order to make it quicker, make sure to prepare all the ingredients in advance. I love to use measuring cups to have everything at hand and ready to use.

Also, if you want something even quicker, you can make overnight oatmeal using the same recipe, but instead of cooking the oats, you just need to pour them into a jar, together with the shredded apple, cinnamon and brown sugar, and cover it with the oat milk. Then, just add the caramelized apple and walnuts on top and let it rest overnight. It’s a great option for warmer days.

What You Need to Make Brown Sugar Cinnamon Oatmeal 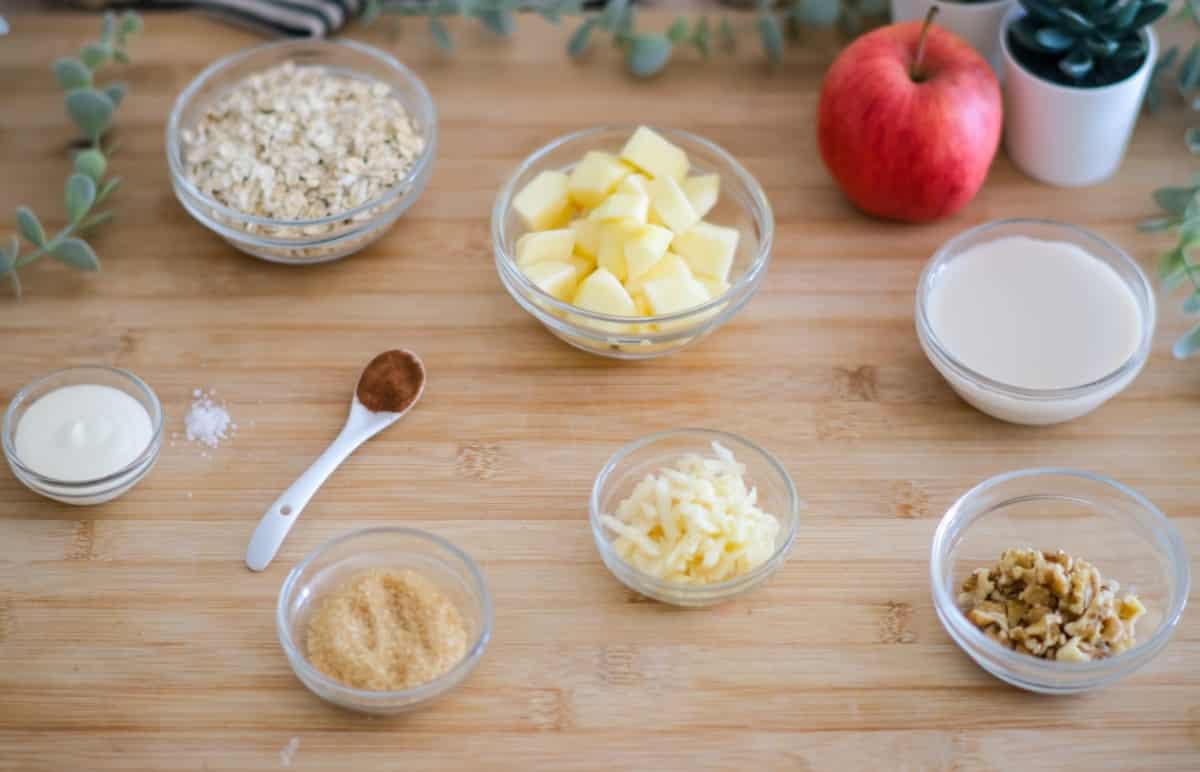 This recipe can be made using just a few simple ingredients, and it is easily adjusted to different diets and tastes.

For example, if you want a bit healthier version, instead of butter, you can use coconut oil. If you don’t have (or don’t like) oat milk, you can use any milk of your preference (or even water).

If you are not a fan of walnuts, you can also use any other nuts or seeds, or none at all.

As for the type of apple, in this recipe I use Fuji, but you can choose a different type. I would just recommend choosing the ones that have more juice.

Start by preparing the oats. Pour the oats, shredded apple, milk, ½ tbsp of brown sugar, cinnamon, and a pinch of salt in a small pan, and let it cook for about 5 minutes on a low heat. If you want a creamier texture, just add more milk. 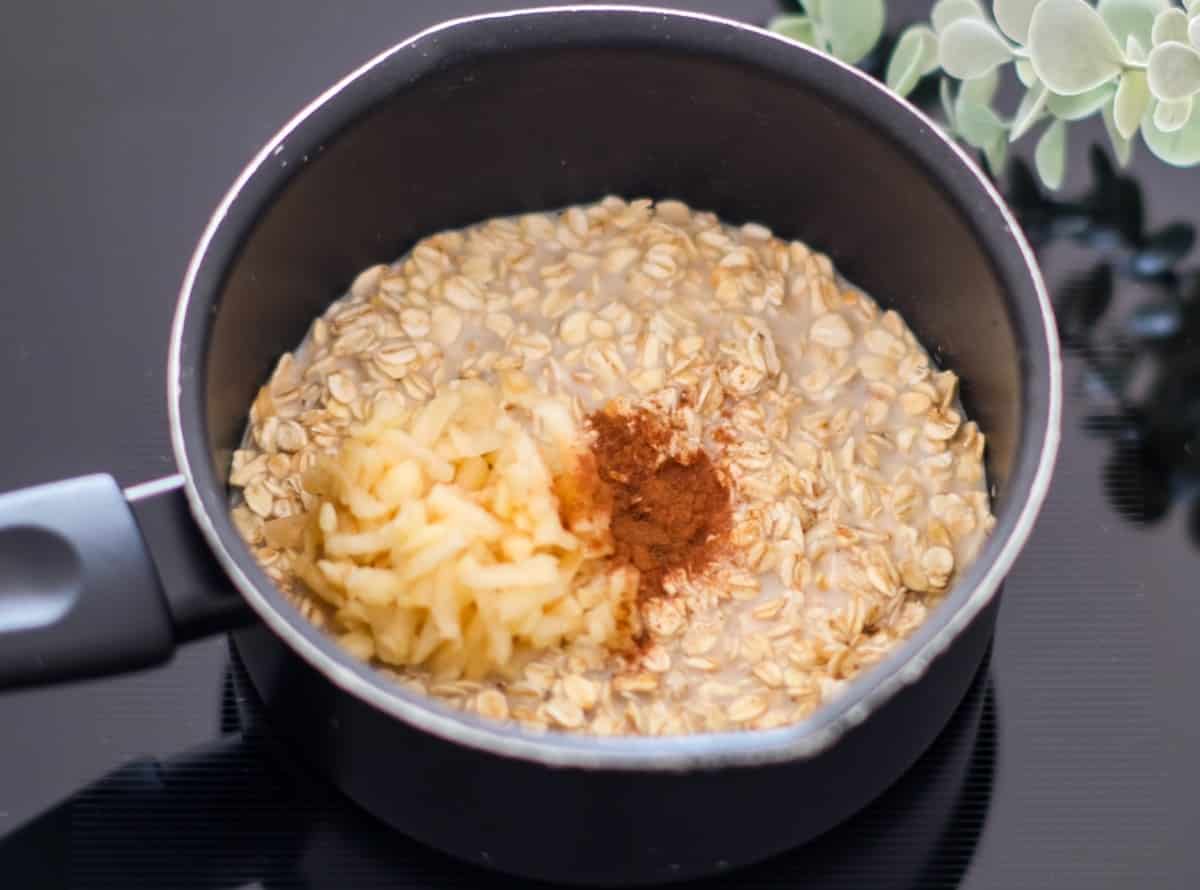 On the side, on a medium heat frying pan prepare the caramelized apple. For that, you will need the apple cubes, butter, the rest of the brown sugar, and cinnamon.

Stir it gently and let the apples caramelize for about 3 minutes, or until they get a nice golden color. 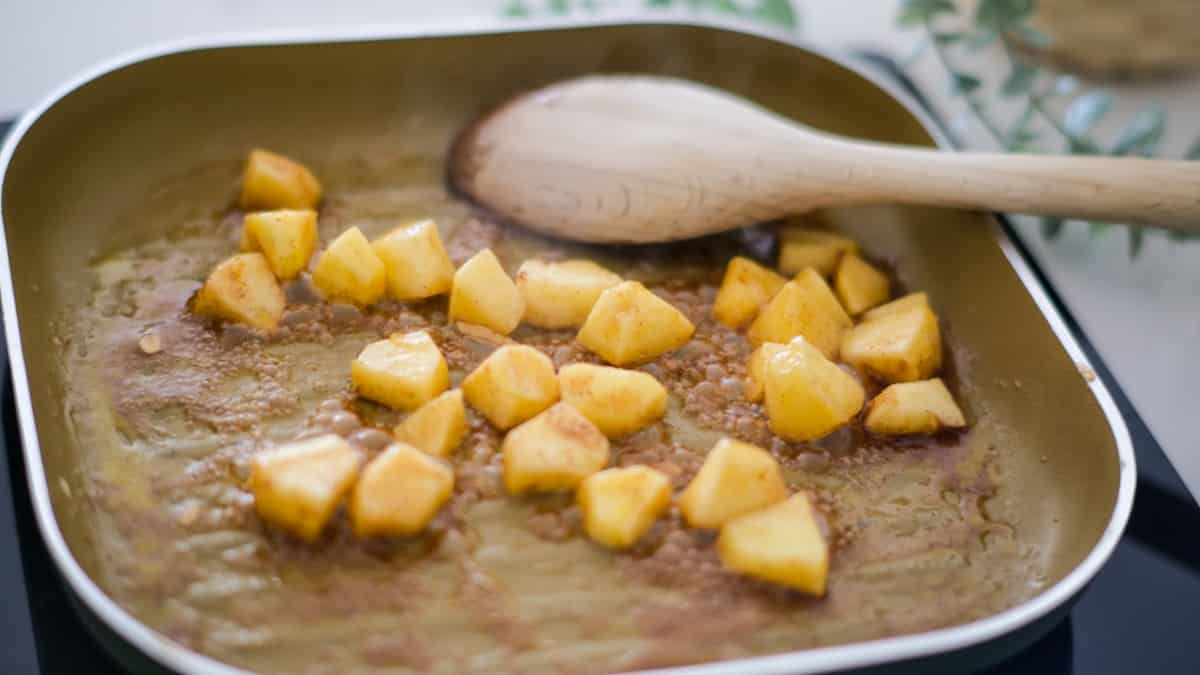 Now, you just need to pour everything in a bowl.

Start by pouring the oatmeal, then add the apples and finish with some walnuts on top. And enjoy!

What does adding cinnamon to oatmeal do?

By adding cinnamon, it not only gives a delicious smell and taste to the oatmeal, but also adds extra nutrients, vitamins and antioxidants to it. What can be better than having a meal that is both delicious and full of nutrients?

Is adding cinnamon to oatmeal healthy?

Yes, this magical powder has anti-inflammatory properties and it helps to reduce blood sugar levels. 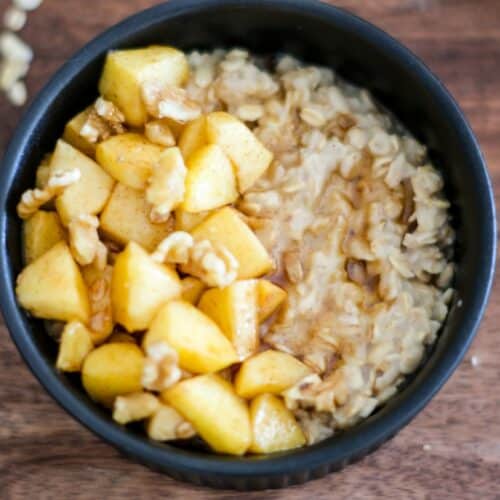 Get plenty of nutrients and enjoy a delicious breakfast with this brown sugar cinnamon oatmeal with caramelized apple on top. It won’t take you more than 10-15 minutes to have it ready. And if you don’t have even that time, no problem—you can prepare it the night before and enjoy a nice jar of overnight oatmeal the next day.
Print Recipe Pin Recipe
Prep Time 5 mins
Cook Time 10 mins
Total Time 15 mins
Course Breakfast
Servings 1
Calories 420 kcal

Here are a few other recipes you might enjoy! 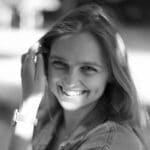 Liliya Balinska is a recipe developer, food photographer, and yoga teacher based in Portugal. She's been passionate about cooking and food art since she was young.

Like this recipe? Leave your comments below! Cancel reply

We use cookies on our website to give you the most relevant experience by remembering your preferences and repeat visits. By clicking “Accept All”, you consent to the use of ALL the cookies. However, you may visit "Cookie Settings" to provide a controlled consent.
Cookie SettingsAccept All
Manage consent

This website uses cookies to improve your experience while you navigate through the website. Out of these, the cookies that are categorized as necessary are stored on your browser as they are essential for the working of basic functionalities of the website. We also use third-party cookies that help us analyze and understand how you use this website. These cookies will be stored in your browser only with your consent. You also have the option to opt-out of these cookies. But opting out of some of these cookies may affect your browsing experience.
Necessary Always Enabled
Necessary cookies are absolutely essential for the website to function properly. These cookies ensure basic functionalities and security features of the website, anonymously.
Functional
Functional cookies help to perform certain functionalities like sharing the content of the website on social media platforms, collect feedbacks, and other third-party features.
Performance
Performance cookies are used to understand and analyze the key performance indexes of the website which helps in delivering a better user experience for the visitors.
Analytics
Analytical cookies are used to understand how visitors interact with the website. These cookies help provide information on metrics the number of visitors, bounce rate, traffic source, etc.
Advertisement
Advertisement cookies are used to provide visitors with relevant ads and marketing campaigns. These cookies track visitors across websites and collect information to provide customized ads.
Others
Other uncategorized cookies are those that are being analyzed and have not been classified into a category as yet.
SAVE & ACCEPT